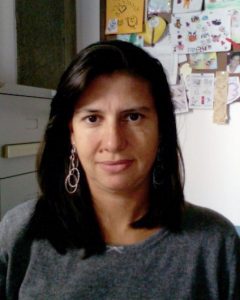 After completing a degree in Computer Science at the University of Pisa, from 1990 to 1999 Antonella Russo worked as an IT Consultant at LILA (Laboratorio Informatico per le Lingue Antiche) in the Scuola Normale Superiore, under the direction of Giuseppe Nenci.
In 1999, she was hired permanently at LILA that subsequently merged into the Laboratorio di Scienze dell’Antichità, now known as SAET.
She manages the electronic resources for classicists, is the IT supervisor of the SAET, Mnamon, GEI and GED websites and administers the self-assessment exercises for access to the undergraduate program. Her other responsibilities include supporting scholars working on software/fonts that are produced or installed in the SAET lab and tutoring students and freelance personnel both in the lab and online.
From 1990 to 2015, she developed, released and maintained many different versions of the SNS-Greek and the later SNS-Greek & Latin software packages and currently provides pre/post-sale technical support for them.
This work involved experimenting with pattern matching algorithms for accelerating searches in Greek texts, initially using parallel architecture (Connection Machine) and subsequently by means of various indexing techniques.
She has presented the results of her work in national and international meetings and at Italian universities, with responsibility for teaching support activities.