SAET archeological excavations resume in the agora of Segesta – campaign 2022. 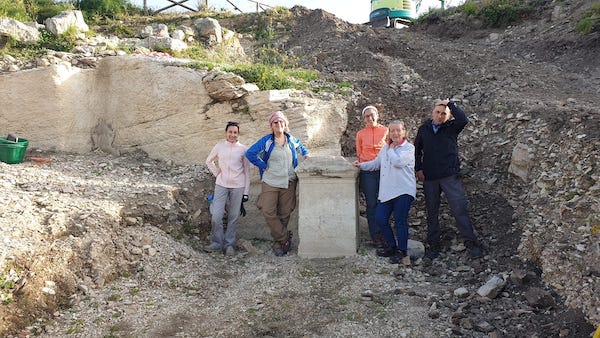 On April 26th the SAET Laboratory resumed the archaeological activities on the site of the ancient Segestan agora, which will continue until mid-May. Excavation is carried on in partnership with the Archaeological Park of Segesta, directed by Rossella Giglio, and is supervised by Maria Cecilia Parra. It aims at unearthing the ephebikon, a large room, maybe part of the ancient gymnasium, which is mentioned in the honorary base unearthed during last year’s excavation campaign. These activities are part of the SAET research project about the history of Segesta, directed by Carmine Ampolo and Anna Magnetto.