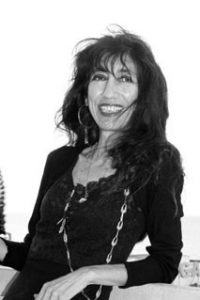 Graduated in Classical Philology (Messina, 1985), after a PhD fellowship at the Scuola Normale Superiore she was awarded a PhD in Ancient History (Pisa, 1990). She performed research in Italy and abroad with the funding of Post Doc, CNR, G. Pasquali, Erasmus, and CSIC España grants. Since 1999, she has been a full-time executive at the SNS. As a member of archaeological missions, she worked in Entella, Ampurias, Roca, Segesta and Kaulonia, participated in various Research Projects of National Interest (PRIN), and coordinated the involved Research Units on behalf of the Principal Investigator. Within the SAET, she developed specialised technical skills in scientific divulgation and promotion, such as projects funding, editing, web and social media management, organisation of meetings and exhibitions. She is responsible for the laboratory’s website and, to date, she has produced several scientific papers and edited miscellaneous works, conference proceedings, exhibition catalogues, and encyclopaedic volumes. Since her interests include the history of antiquities and archaeology in Sicily and Magna Graecia, she studied travel sketches and antiquarian drawings dating from the 16th to the 18th century, coastal cults in the Archaic and Classical Period (Grotta Poesia, Puglia), and renowned battles from the Hellenistic Age – “the Battle of Crimisos” as part of the SNS’s research in Entella; and “the Battle of the Egadi Islands”, on behalf of the Soprintendenza di Trapani, which promoted the Egadi Archaeological Park. During the exhibition dedicated to the “Decrees by the people of Entella”, she discussed such topics as the recovery of stolen archaeological findings, and the rules of UNESCO International Conventions. Since the year 2000, she has been interested in “Sicily and Ancient Italy in the history of cartography”, with a particular focus on art and cartography from the Middle Ages to the Renaissance: in this context, the language of images is analysed as a non-verbal means of political propaganda and communication. The study of the iconographic lexicon in ancient maps takes advantage of her experience in technical lexicography and computer science applied to cultural heritage, both topics widely applied in the SAET. She also collaborates on the realisation of the following SAET websites: “Hellenistic diplomacy. City images and ideas of envoys: codes, models and paradigms”; “BTCGI online: thematic inventory and cartographic transposition tests”.